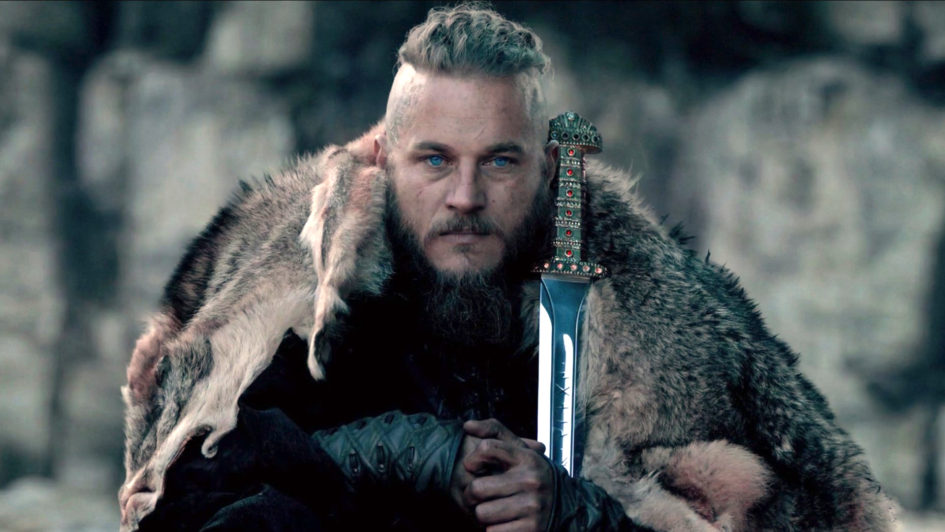 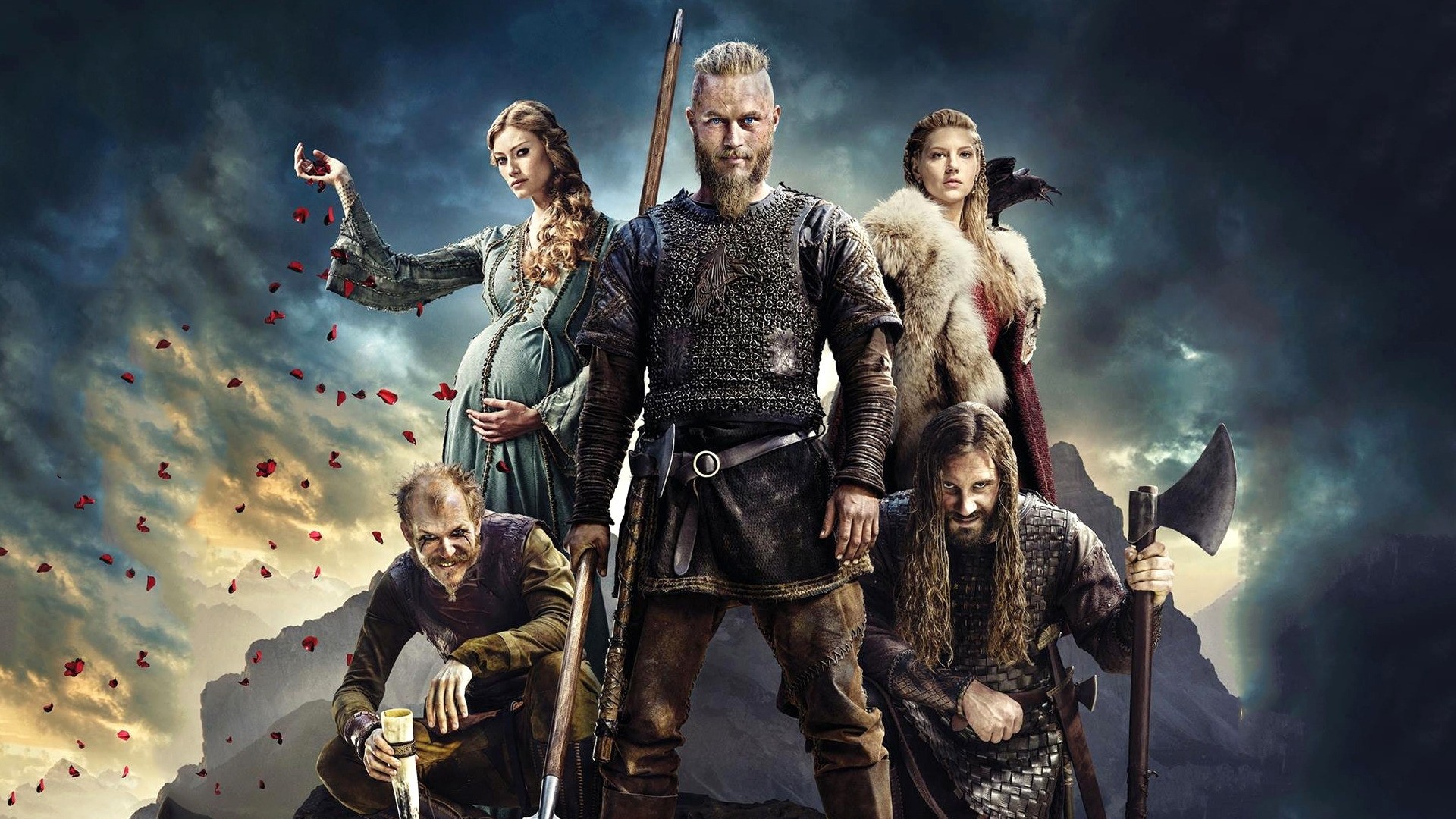 The tv show Vikings, which airs on the History Channel, premiered in 2013 and has become quite popular since then, with the second half of Season 4 scheduled to return on Wednesday, November 30.

If you have fallen in love with the show, you are not alone! History’s Vikings has many fans all over the world. The strength of its many supporting characters could be one reason for the popularity of the show. What will be the ultimate fate of the Viking King Ragnar Lothbrok (played by Travis Fimmel), along with his first wife, shieldmaiden Lagertha (played by Katheryn Winnick), second wife Queen Aslaug (Alyssa Sutherland), his brother Rollo, loyal best friend Floki, brave sons Björn Ironside, Ivar the Boneless, Hvitserk, Ubbe and Sigurd Snake-in-the-Eye, and many other well-fleshed out supporting characters? 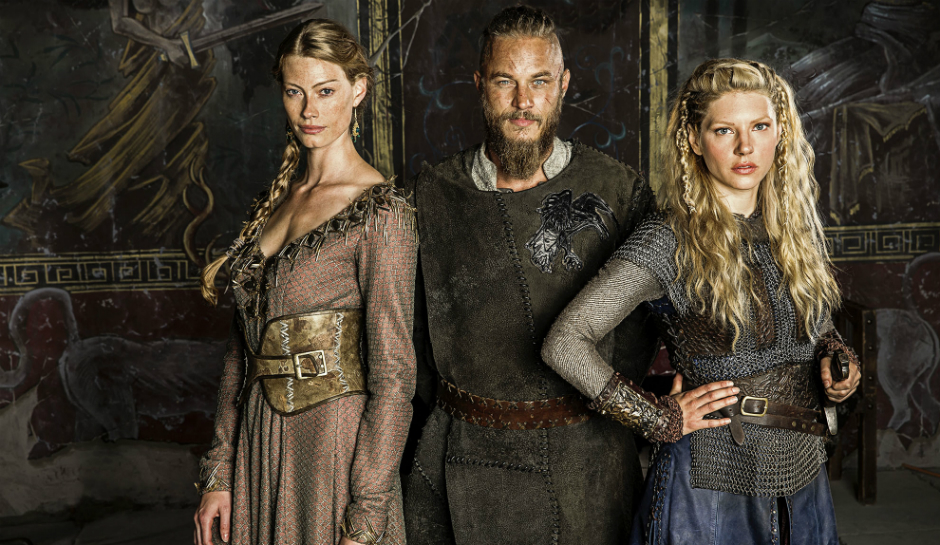 We can watch the show for some answers, although the creators have noted that they do take many liberties with the real facts of history. 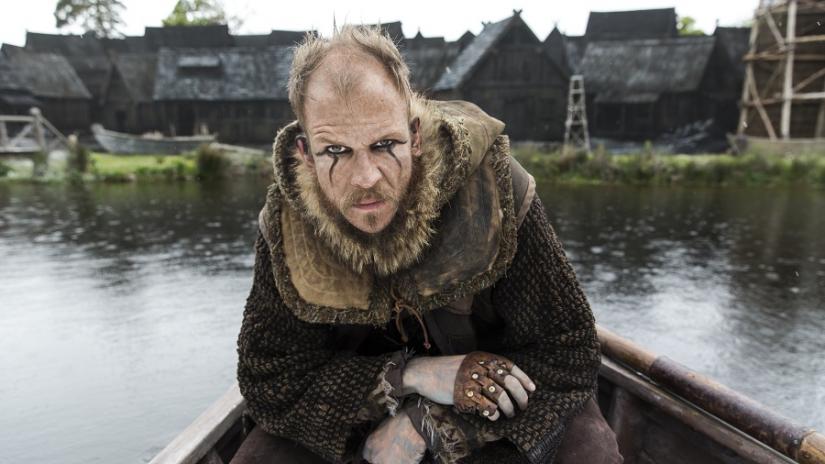 The real Vikings, also called Norseman or Northman, were Scandinavian seafaring warriors who raided and colonized wide areas of Europe from the 9th to the 11th century and whose disruptive influence profoundly affected European history. The burning, plundering, and killing during raids by these Scandinavians earned them the name vikingr, meaning “pirate” in the early Scandinavian languages.

The tv show Vikings is inspired by the medieval tales of the exploits of one of the best-known legendary Norse warriors, the Viking King Ragnar Lothbrok and his family. 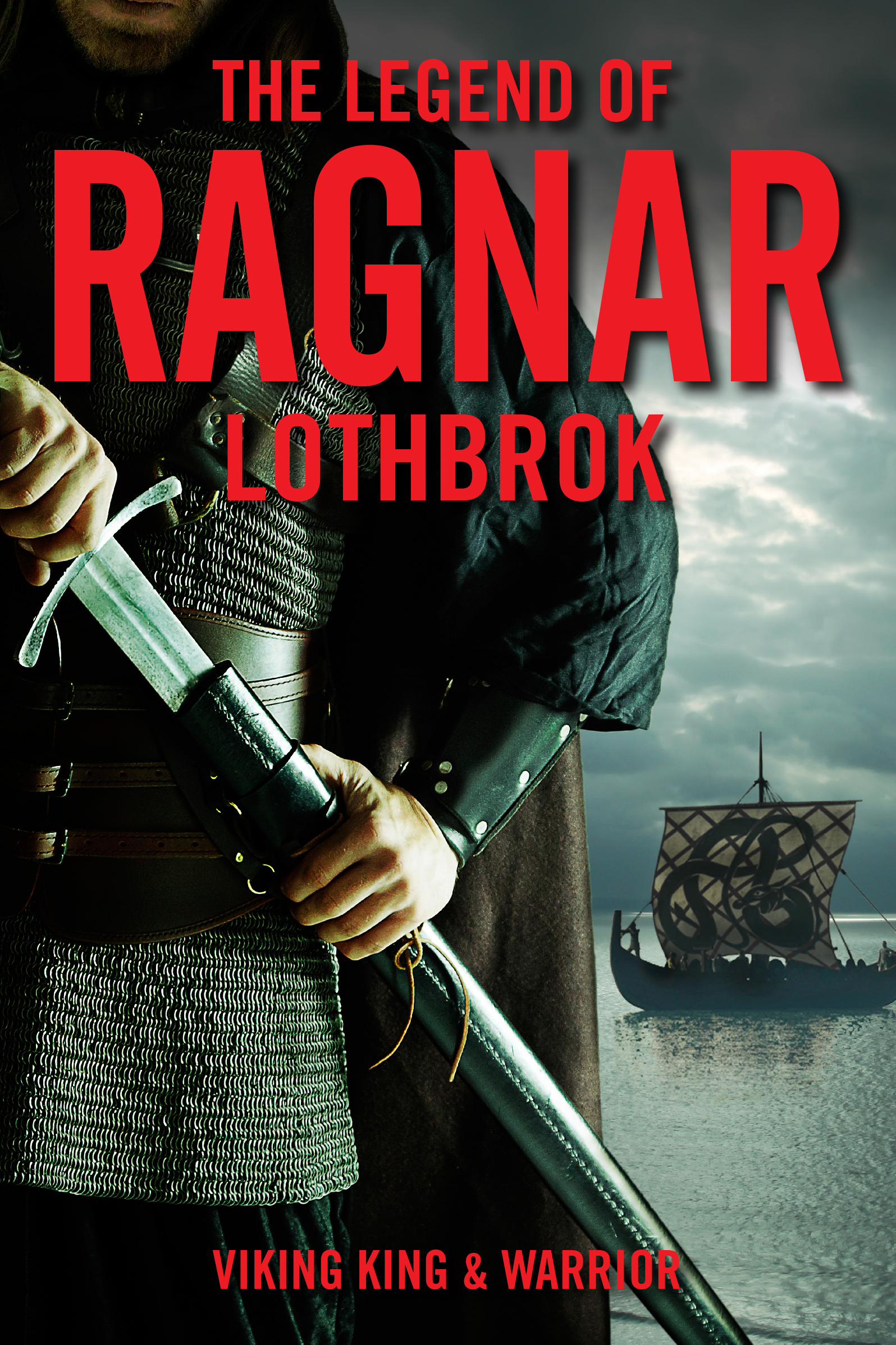 There are several medieval texts and historical sources that describe Ragnar Lothbrok, his sons and his exploits. Christopher Van Dyke, in the book The Legend of Ragnar Lothbrok: Viking King and Warrior, has translated and compiled these historical texts so we may read them and understand for ourselves why we still find Ragnar Lothbrok so fascinating after all these years.

The Legend of Ragnar Lothbrok: Viking King and Warrior includes these medieval texts: The Saga of Ragnar Lothbrok; the Anglo-Saxon Chronicle; the Krákumál, a famous poem, said to be Ragnar’s death song, composed and recited by Ragnar himself; the Tale of Ragnar’s Sons, a short story written in the Middle Ages about the exploits of Ragnar’s sons; and the Gesta Dacorum (translated as Deeds of the Danes).

“Ragnar Lothbrok’s heroic exploits have fascinated people for over a thousand years. With so much rich, historical source material to draw from, it is no wonder that the History Channel’s show Vikings has become so popular. It is fascinating to see how Ragnar’s adventures and relationships on the show are founded in medieval source materials that recount the life of Ragnar Lothbrok and his legacy.” 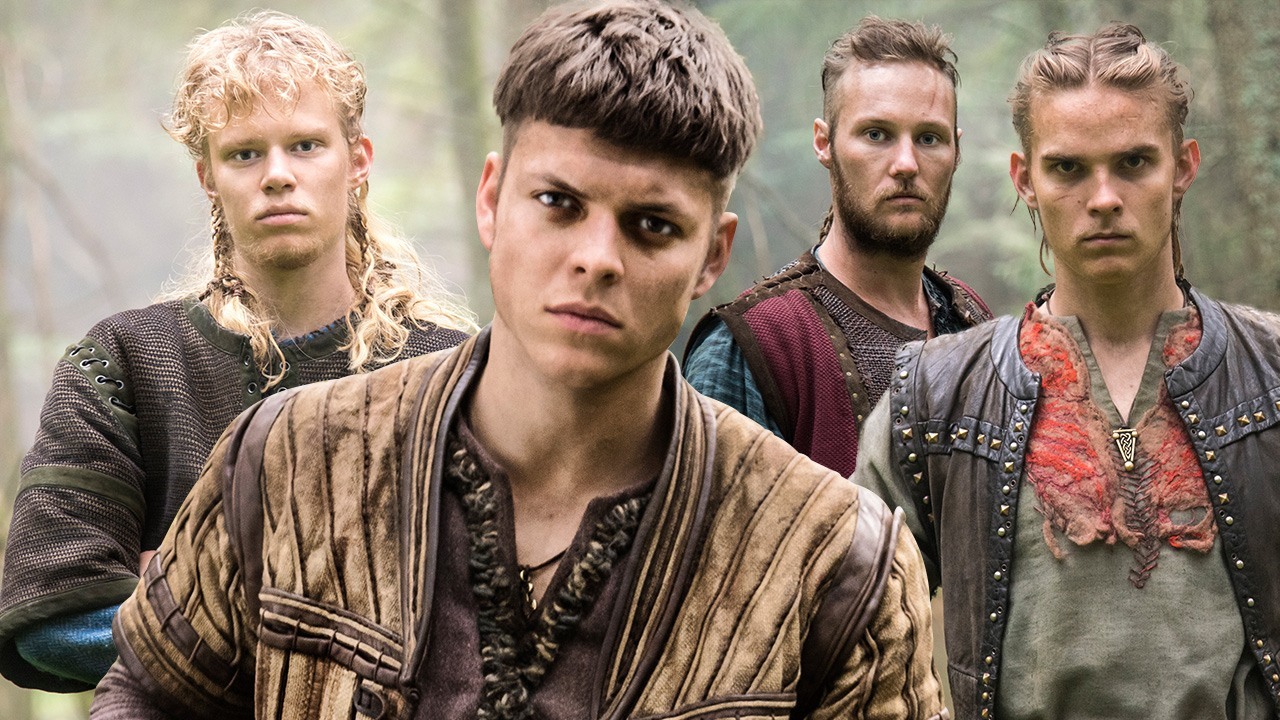 Indeed, fans of the show will recognize many familiar sections of the ancient texts. Here is one delicious example from the Ragnar book:

“…she gave birth to a boy-child, and the boy was sprinkled with water and given a name and called Ivar. The boy was boneless and there was cartilage where his bones should have been, but when he was young, he grew so strong that none was his match. He was of all men most handsome in appearance and so wise that none was known who was a wiser councilor than he.” 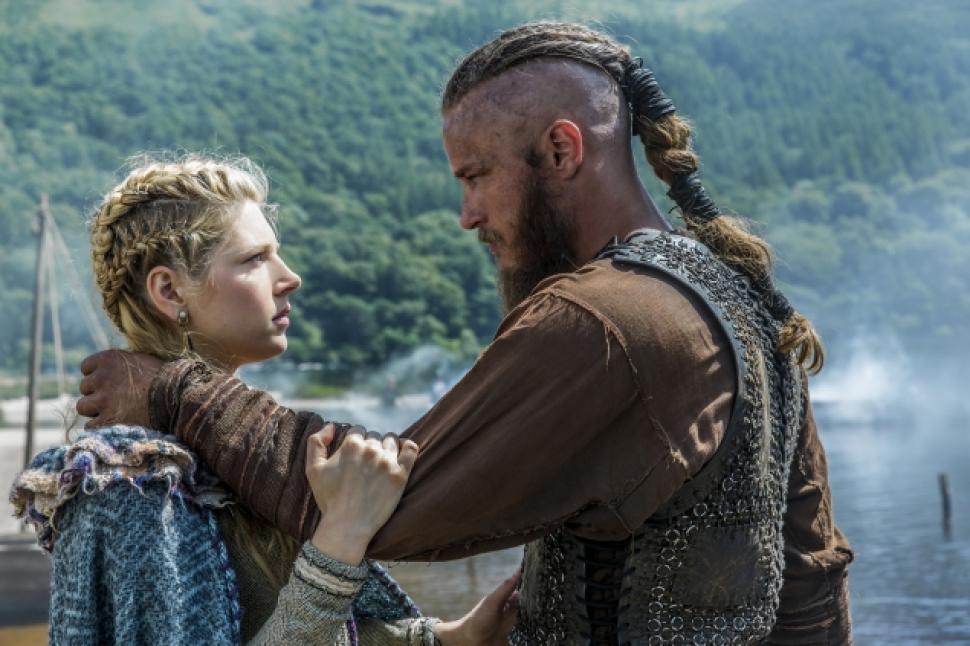 And another selection from the book regarding Lagertha, or Ladgerda, as her name is spelled in this ancient text.

“Ladgerda, whose early love still flowed deep and steadfast, hastily sailed off with her husband and her son. She brought herself to offer a hundred and twenty ships to the man who had once put her away.” 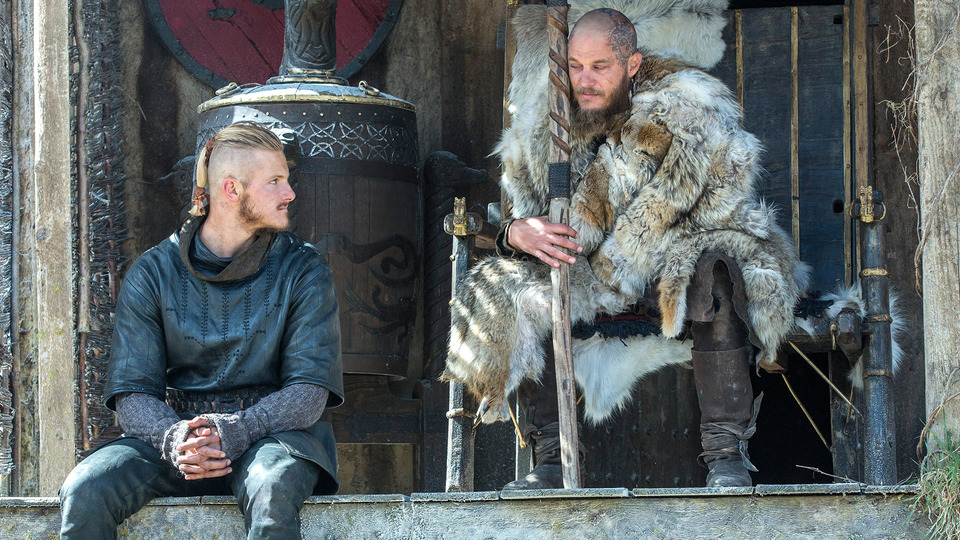 Check out this fascinating book about the real Viking king Ragnar Lothbrok just in time for the return of the hit tv show Vikings on the History Channel!